Being in the heart of Lochaber, we are within easy reach of a huge range of amazing activity experiences.

‘This is a must do! Had my first Loch Swim with Laura – she is extremely professional and puts any first timers right at ease. Her trailer was a great set up with a private area to change which was really handy. Everything was provided quality wet suit, goggles, etc including stunning scenery below water and above! It was one of the best experiences I have ever had and amazing whether you are a first timer like me or a seasoned open water swimmer.’ 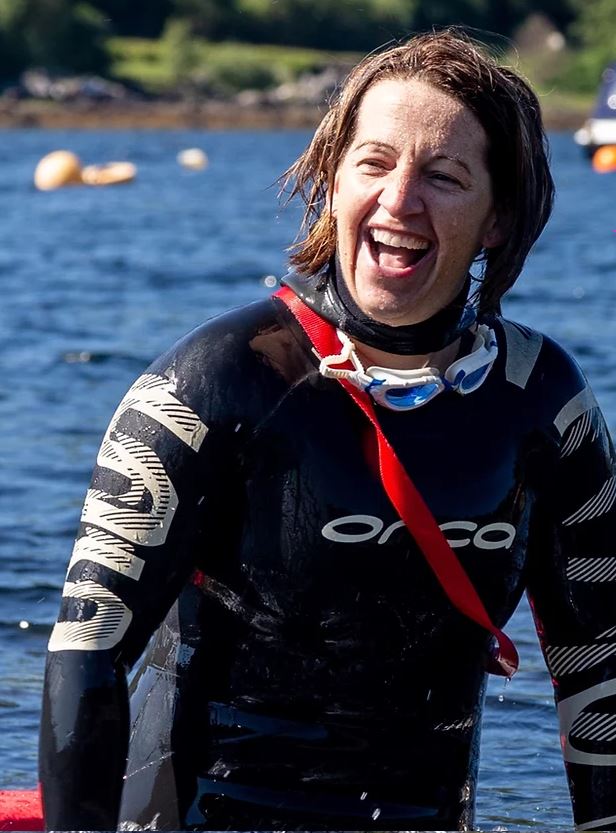 Otter Adventures aspires to be an outstanding provider of multi-activity authentic adventures that educate, inform and inspire whilst also recognising our social and environmental responsibilities. We do this through small group activities, typically private groups, and adventurous experiences that are tailored to your abilities and, hopefully, exceed your expectations and leave you with unforgettable memories of wild places. We only operate across the West Highland Peninsulas – a very quiet part of the Scottish West Coast – west of Fort William and south of Glenfinnan. If you love wild places for their views and their wildlife and have yet to visit Ardnamurchan, Morvern or Strontian, then you will be in for a pleasant surprise when you do. 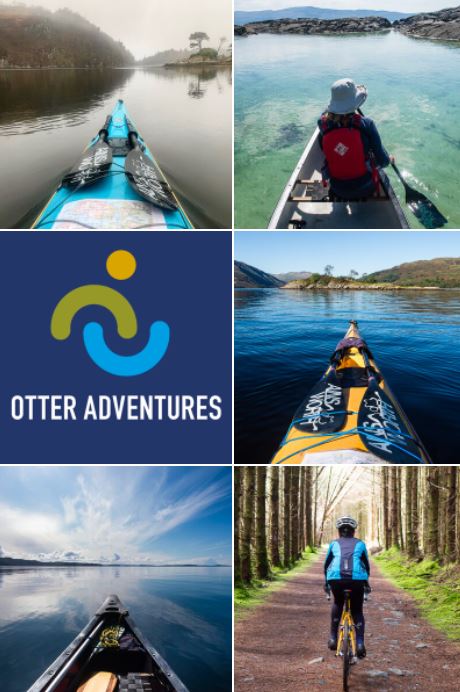 Sunart cycles, a friendly, family-run business for over 10 years, hires good quality mountain bikes, including electric mountain bikes, to give you the freedom to explore the Ardnamurchan area at your leisure. There are so many quiet roads and off-road trails in this part of Scotland that there is something for everyone. We can deliver our bikes to your home or holiday home for as long as you want them and when you are ready we will come and collect them again. 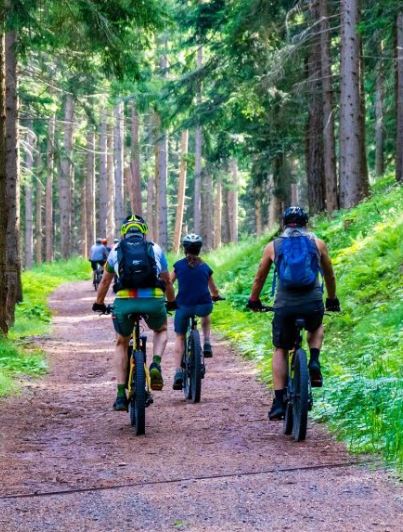 Forest bathing in the tranquility of the Scottish Highlands is one of Darach Social Croft’s range of nature-connection activities. It describes a practice of walking slowly and leisurely through the woods, immersing yourself in the natural environment and mindfully using all your five senses. We also offer goat walking and a variety of craft-based workshops.

We are an independent, organic whisky distillery that exists to create experimental spirits and pioneer sustainable production. Based in Drimnin (12 miles west of Lochaline), visits are very welcome but tours must be booked in advance. 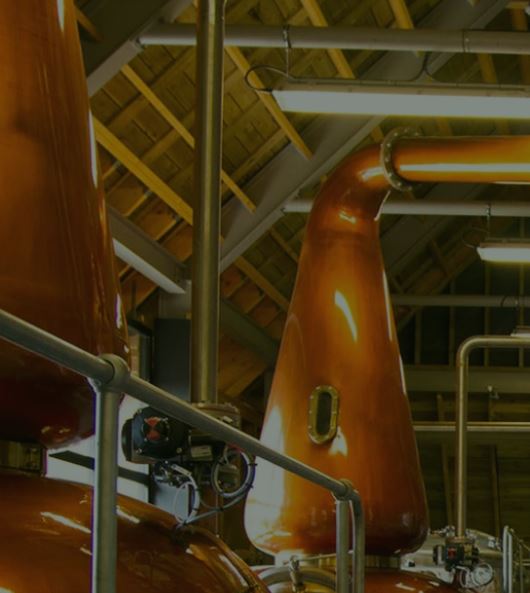 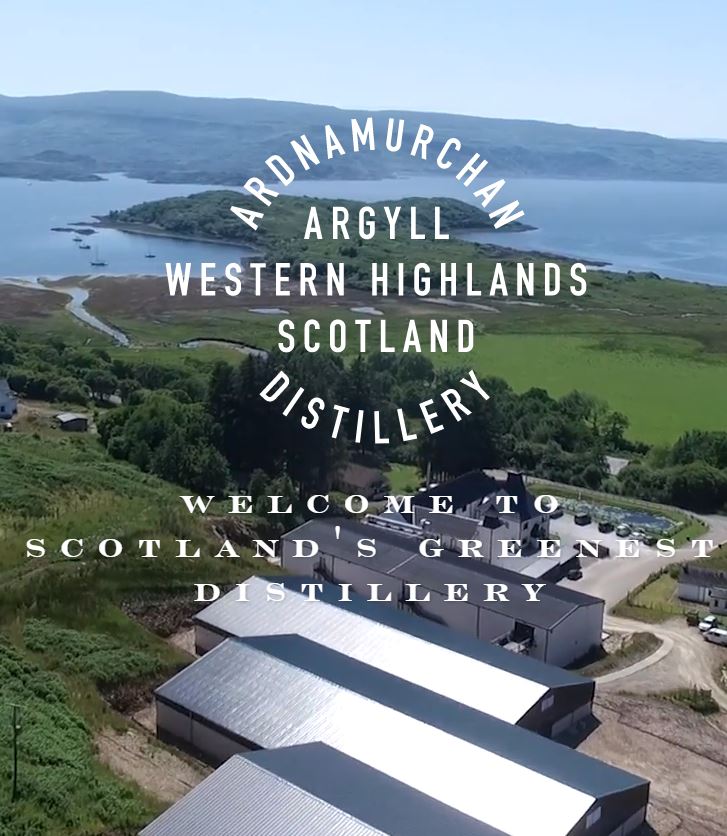 Self-drive boat hire and private charters (diving and wildlife) on our 38 foot AQUASTAR, all boats have disabled access. We also provide guided wildlife walks on the Isle of Carna. 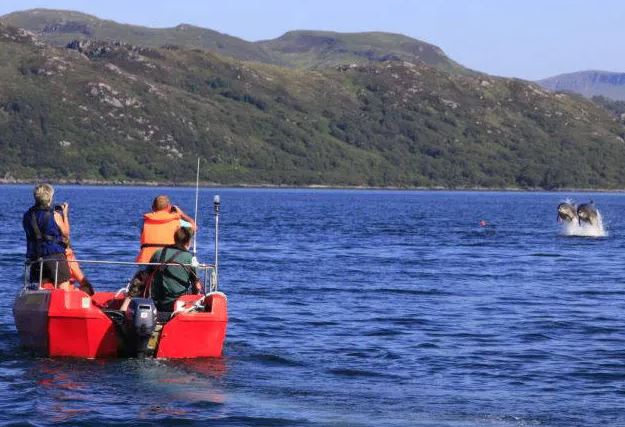 Pop along to Kilchoan to jump aboard the Staffa Tours boat to take an unforgetable 6-hour trip to Fingal’s Cave and the Treshnish isles. If you time it right you’ll see lots of puffins and maybe even dolphins, whales or basking sharks! 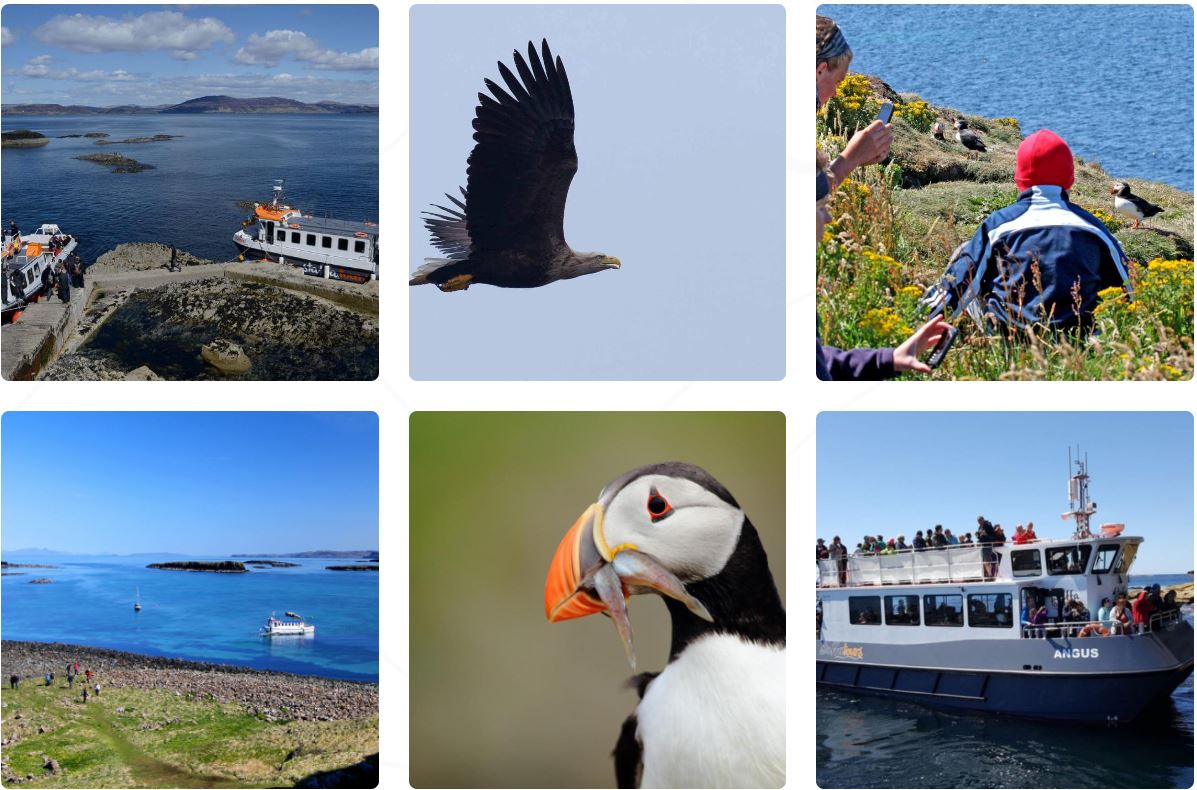 Ardnamurchan Lighthouse is an iconic, grade A listed landmark on Scotland’s wild West Coast. Situated at the most westerly point on the British mainland, the enduring elegance of Alan Stevenson’s design is framed by unrivalled panoramic views across the Small Isles and Inner Hebrides. Here, the titanic forces of geology, waves, weather and human industry form a rich melting pot of natural and cultural heritage. There is detailed access information on the link below. 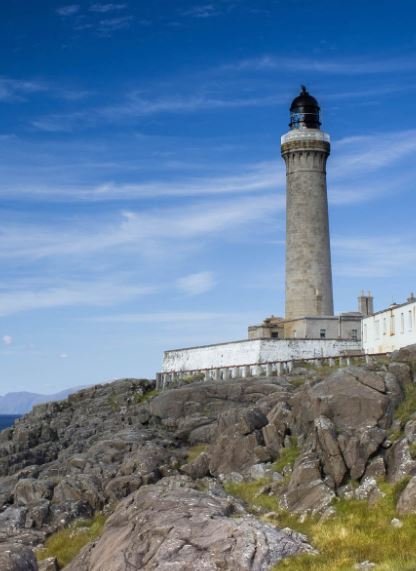 The ‘MV Sileas’ offers you the opportunity to penetrate one of Britain’s few remaining wilderness areas, where regular sightings of Golden Eagles and Red Deer are common. Accessible only by boat, the eighteen-mile length of Loch Shiel, once a sea-loch but reshaped by the retreating glaciers of the last Ice Age, contains a wide variety of wildlife amidst stunning mountain scenery. Cruises are operated by friendly, knowledgeable local people who provide live commentary on the trip. The Sileas has a bar and also offers tea, coffee and light refreshments. 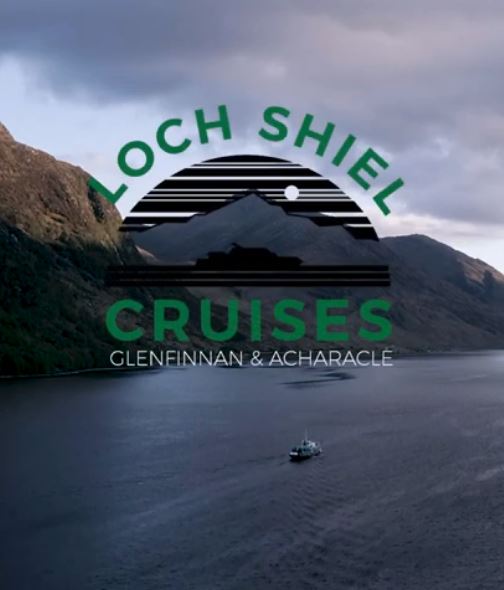 “Described as the greatest railway journey in the world, this 84 mile round trip takes you past a list of impressive extremes. Starting near the highest mountain in Britain, Ben Nevis, it visits Britain’s most westerly mainland railway station, Arisaig; passes close by the deepest freshwater loch in Britain, Loch Morar and the shortest river in Britain, River Morar, finally arriving next to the deepest seawater loch in Europe, Loch Nevis! Running 7 days a week, morning and afternoon trains. Limited tickets may be available on the day and are sold on the platform direct from the Guard on a first come first served basis so early arrival (~ 1 hour before departure) is recommended. ‘On the day’ tickets are cash only.” 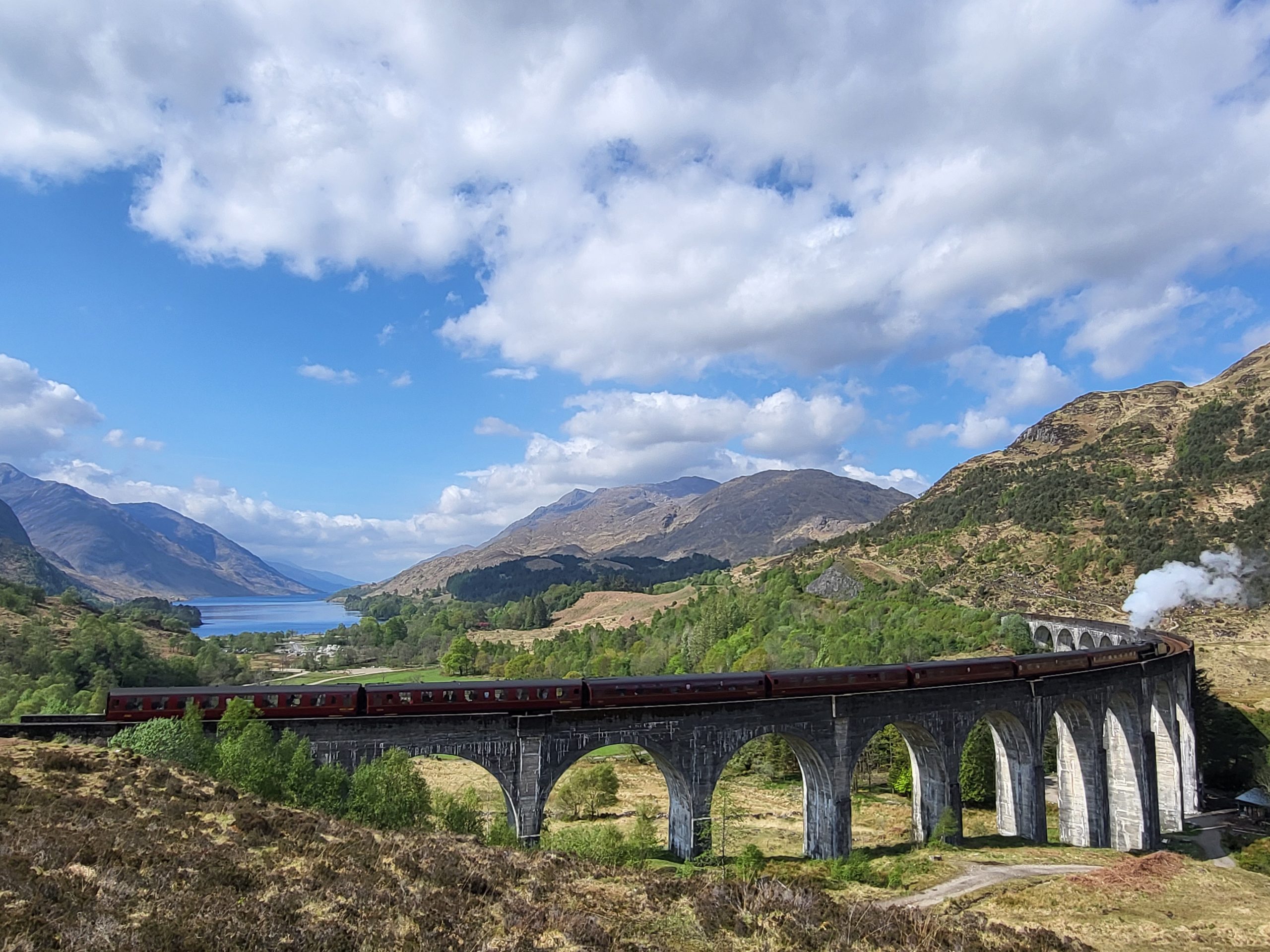 ‘The Ice Factor constantly ranks in the world’s top ten climbing centres and is constantly ranked in the top 3 Adventure Activities in the Highlands, not to mention one of the Top 10 ‘Things to do’. With a wide range of indoor & outdoor activities to ensure that you are entertained whatever the weather.  No experience necessary, making for the perfect family day out.’ 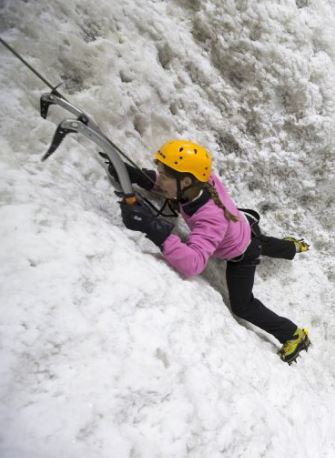 ‘Traigh is a 9-hole, Par 68 course is based on a line of grassy hills, with the springy turf of a true links course. It is a subtle golf course that rewards accurate shotmaking. Good players are made to work for their scores, and yet high handicappers are given every chance. In short, Traigh offers something for everyone and presents all the traditional challenges of a classic seaside links. Visitors are welcome all year. Clubs available for hire. The clubhouse is open 10 am to 6 pm from the beginning of April to the end of October.’ 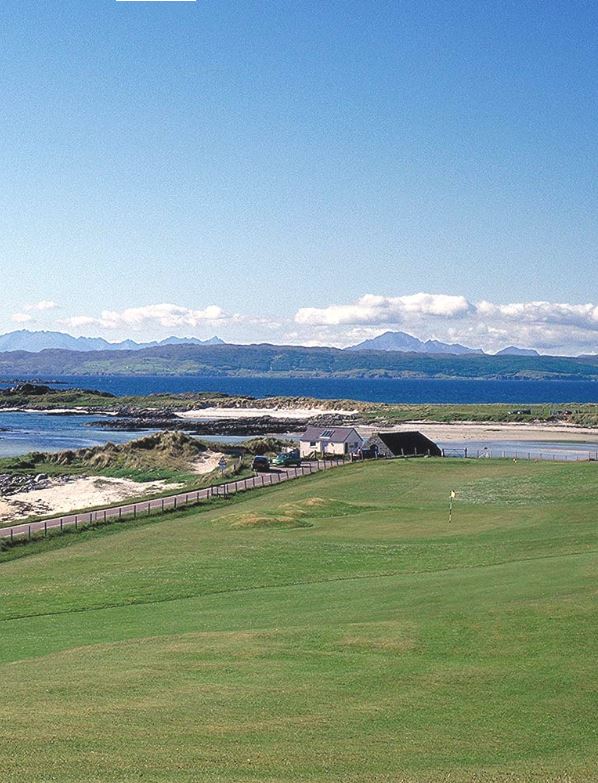 ‘Woodlands Golf Course, formally The Dragon’s Tooth Golf Course, is an award-winning 9-hole golf course located near Glencoe in The Scottish Highlands. The course is open to all and offers spectacular scenery and wonderful playing conditions year-round. It’s not just the location that is special (and this must surely be one of the most dramatic and beautiful loch-side locations in the Highlands), the course itself offers delight, magic and challenge.’ 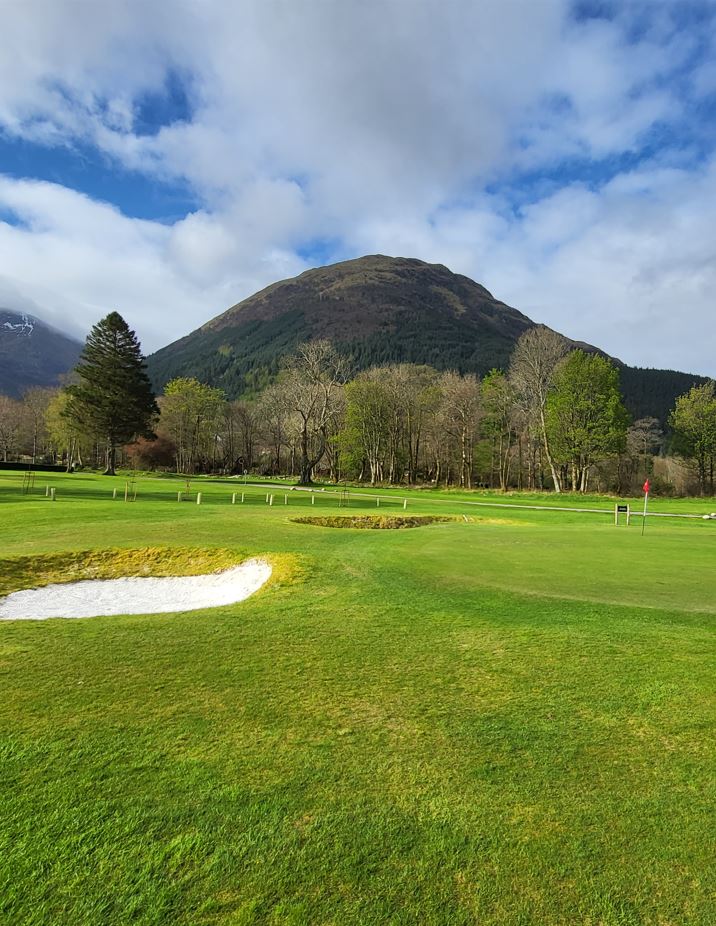 “Welcome to Fort William Golf Club where visitors are always welcome and yu can experence golf in breath-taking mountain scenery. So why not come along and play golf in Scotland’s mountain splendor. Established in 1976, it is an 18-hole course nestled between the mountains and the sea on the north side of Fort William and at the base of Ben Nevis, offering challenges for all levels of player. Pre-booking your tee time is recommended. Club and trolley hire are available, and we have a modest selection of golfing necessities (tees, balls, gloves, etc.) for sale from the Bar.” 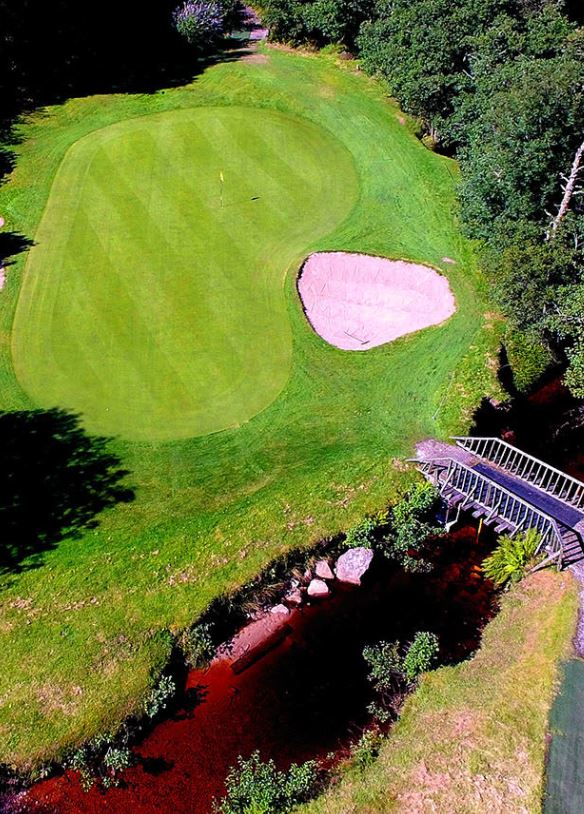 ‘Take your group’s adventure to the next level with our exciting range of activity packages. We offer a unique range of extreme activities for a more adrenaline-fuelled experience: canyoning, coasteering, surfing, whitewater rafting, paintballing, Segway, funyakking, river bugging and Scotland’s first Via Ferrata – climbing to new heights!’ 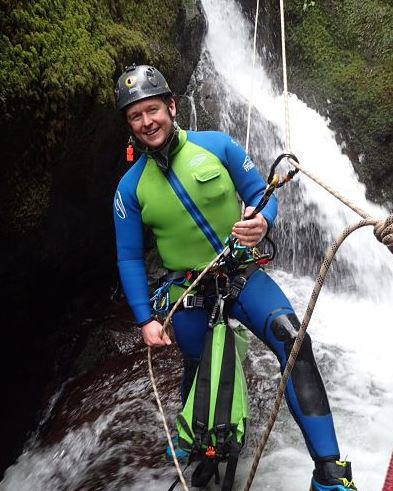